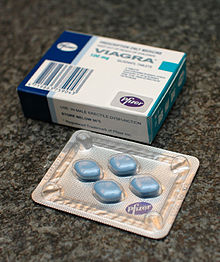 A new patch for women who have lost their sex drive will become available on the NHS this week.

Its makers say Intrinsa could be the female Viagra – the anti-impotence drug that has transformed the sex lives of hundreds of thousands of men.

The female aphrodisiac will initially only be available on prescription for post-menopausal women with diagnosed sexual problems. GPs will prescribe it on the NHS, with women paying a £6.65 prescription charge.

However it is likely that the patches will later become “lifestyle” drugs bought freely over the counter – used by younger women with no sexual problems who simply want to increase their libido.

The same thing happened with Viagra – around 60 per cent of the men who use it are believed to have no erectile problems. Around 900,000 men in Britain have used it at least once, estimates suggest.

The new treatment for women works by releasing the male hormone testosterone through the skin into the bloodstream.

The patch, which is virtually transparent and about the size of an egg, is worn just below the navel and changed twice weekly.

Manufacturers Procter and Gamble say the patch helped boost the flagging libido in hundreds of women in tests, and increased the amount of sexual activity they enjoyed.

Dramatically successful results were found in menopausal women who had been diagnosed with hypoactive sexual desire disorder, in which libido and sexual activity is reduced – leading to psychological distress.

More than 500 took part in the drug company’s six-month study, with half unaware they had been given a dummy patch.

As well as boosting the amount of satisfying sex they had – making love four times more every two months than those wearing a dummy patch – it also increased desire.

Other tests shows it worked on women suffering loss of libido after a hysterectomy.

It was granted a license from the European Medicines Agency in July.

The Intrinsa patches work by increasing the level of testosterone in the blood. Although it is known as the male sex hormone, it is naturally occurring in women too, produced by the ovaries and the adrenal gland. However, levels of the hormone decline with age, sometimes dramatically so after the menopause.

Experts say a half of women having a hysterectomy and others having a premature menopause before the age of 50 could benefit from testosterone therapy.

However, too much testosterone can have unpleasant side-effects, from excessive body hair to liver disorders. That is why the makers went for a patch system rather than a pill, which would have led to too high a dose.

And the patch does not work straight away, unlike Viagra. It takes weeks to have an effect.

Intrinsa works on a completely different principle to Viagra. This is because while 90 per cent of male sexual problems are purely physical, women’s sex problems are down to social, phsychological and emotional factors.

So unlike the mechanical problem that Viagra helps to fix in men, women’s sexual functioning is about getting in the right frame of mind.

Procter and Gamble say the patches will help women with “female sexual dysfunction”, a condition which was recognised only in 1999.

Some campaigners believe FSD is a syndrome invented by the pharmaceutical industry to medicalise the treatment of a social issue.

Many doctors believe that FSD covers at least four different conditions – problems with desire, arousal, achieving orgasm and genital pain – meaning it is unlikely one drug will be able to treat all four.

hello! good site! thanks you! wdylnopwhgqexs